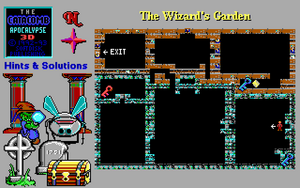 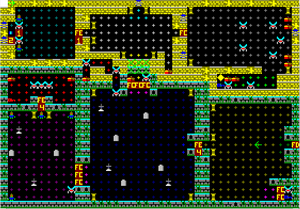 Map layout of The Wizard's Garden, as visualized in the Wolf3D Data Compiler

The Wizard's Garden is the second level (slot one) of Catacomb Apocalypse (1993). It is set in a grey brick and hedge garden containing grave plots, as well as more areas adorned with Ancient Egyptian style artwork.

"This map has two themes: One part of it shows the "strange garden"-style and the other an Egyptian theme. There are more gremlins here to fight plus a new enemy: The techno-bug from the future. At the end of the level there's also the first time portal."
--kraileth