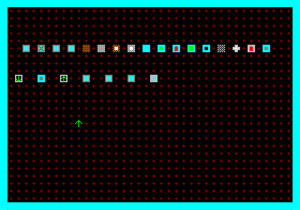 Map layout of Tile Tester 3, as visualised in the Wolf3D Data Compiler

Tile Tester 3 is the first test level from Catacomb Abyss (1992), residing unmarked in slot 19. It has no official name, but the MAPSABS.H file in the source code refers to it as 'TILE_TESTER_3_MAP'. It appears to be a level designed by the developers for testing the texturing, featuring a tile of each. Tile Tester 3 is the only playable test level in the orginal DOS game executable. It can be accessed via the level warp cheat. There are three additional test levels present in the game data, which do not work in the original game. 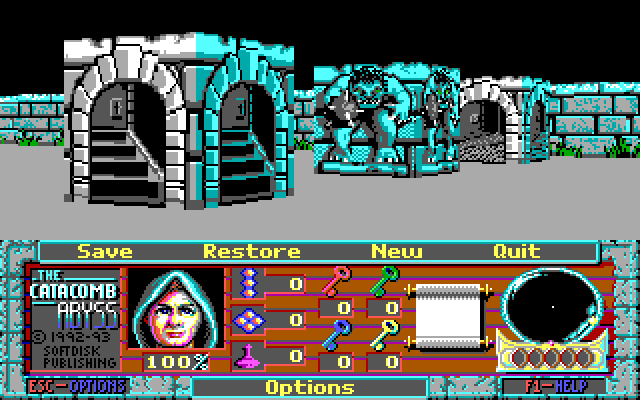 Among the tiles are several doorways, and going through them takes you to The Towne Cemetery.

You have arrived at...

Retrieved from "https://catacomb.miraheze.org/w/index.php?title=Tile_Tester_3&oldid=2838"
Categories:
Cookies help us deliver our services. By using our services, you agree to our use of cookies.