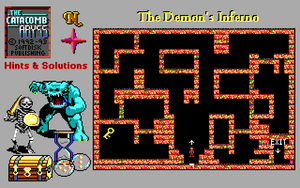 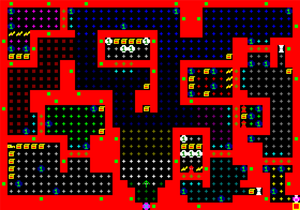 Map layout of The Demon's Inferno, as visualized in the Wolf3D Data Compiler

The Demon's Inferno is the eleventh level (slot eleven) of Catacomb Abyss (1992). It is set in a fiery pulsating environment crawling with Blue Demons.

"An inferno themed map. It is not actually bigger than the others - it just takes longer, because the demons are so much tougher than other enemies and take lots of fireballs to die. My finger still hurts from pressing the CTRL key over and over again! ;)"
--kraileth