The Lair of the Trolls 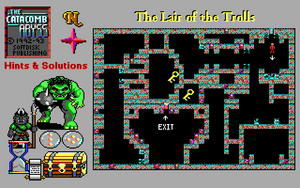 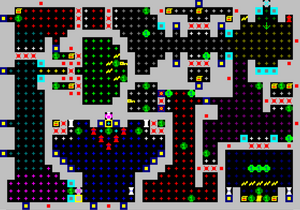 Map layout of The Lair Of The Trolls, as visualized in the Wolf3D Data Compiler

The Lair of the Trolls is the tenth level (slot ten) of Catacomb Abyss (1992). It is set in a grey rocky lair inhabited by Trolls. It also features the first Crystal Hour Glasses.

"Another new theme: Subterranean hall. In this map live the brutish trolls alongside with some orcs. And we can see one of the most interesting features of the game: The hourglass item stops time for anything but yourself. So you can fire at monsters that can't move and when the time is up, your missiles will hit them (while this is not half as useful as it may sound, it's a very interesting feature, nevertheless)."
--kraileth