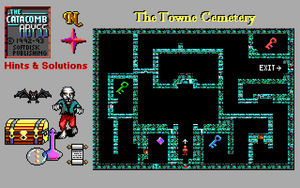 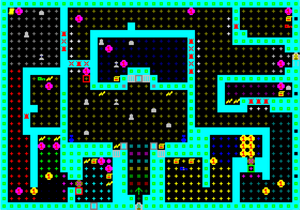 Map layout of The Towne Cemetery, as visualized in the Wolf3D Data Compiler

The Towne Cemetery is the first level (slot zero) of Catacomb Abyss (1992). It is set outdoors in the entrance of a graveyard.

"We are collecting the first items, a story scroll, two keys and also the first (purple) gem. The level has a nice garden theme where we fight off a few zombies and bats."
--kraileth