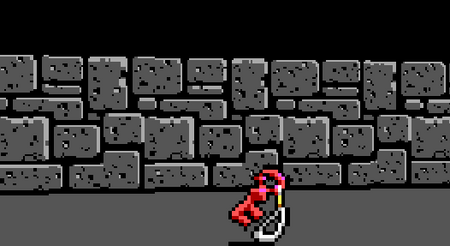 A red key in Catacomb 3D.

Keys are critical items used in navigating the world in Catacomb 3D and the Catacomb Adventure Series.

They have the same purpose (and share the same sprites) in all four games.

They come in four colors: Blue, Green, Red, and Yellow. The player uses them to unlock doors of a matching color. Each key can only be used once, though a player can pick up multiple keys of the same color. Once a door is unlocked, it vanishes, along with the key used to unlock it, allowing the player forward (unless it's the level exit, in which case it loads the next level).

Finding one or more keys is often important to completing a level in all four games.

Retrieved from "https://catacomb.miraheze.org/w/index.php?title=Key&oldid=2761"
Categories:
Cookies help us deliver our services. By using our services, you agree to our use of cookies.